ABLE Mentor : “Pre-premiere” of Season 2 is already a reality

On October 26, smiles, emotions and networking marked the beginning of the second of ABLE Mentor in Sofia. Like the first edition of the project, this event was “a prelaunch one” – it aims to bring together only the mentors in order to introduce them in the program as a whole, to train and prepare them for “the adventures and obstacles,” which they might encounter while working with students during the program.
Amid Sunday October morning “conquered” by the cold, dozens of mentors gathered to embark on the adventure “My high school student – the huge unknown” to learn more about what to expect from their “students”, how to meet their expectations and how to be as useful as possible for them during the program.
The event was started “under the flag” of a social networking game in which mentors had the opportunity to get to know each other, share experiences and mutually energize themselves. Each of them was given a piece of paper glued to their back, on which the others could express in a written form their impressions from the person with whom they met. After a colorful bouquet of positivism and smiling faces thanks to the game, the second part of the informal opening ceremony of the program provided the audience with a detailed presentation of the ABLE Mentor project, its objectives, and expectations regarding the product of the work in student-mentor teams, accompanied by a conceptual framework of the workflow (ABLE Mentor Canvas) as well as recommendations for its successful implementation. The principle “in theory, practice and theory are equivalent, but in practice – not” incarnated in a very funny, but also useful ending of the program. The last module of the event provided mentors with a “practical” and real concept of what they might expect and encounter during the program within the mentor-student relationship and the challenges associated with them. For this purpose, ABLE “ascended mentors on boards”, dividing them into groups of eight people, within which half of them had to act as students, and the rest – as mentors. Then they had to play 2-minute scenes in pairs based on cases distributed in advance in which different student profiles were described – from brats and inflated teens to shy and timid ones. In each group there were 4 mini plays including the roles mentor-student, in which both sides had to find ways to mutualy understand themselves, i.e. synchronize their language, right approaches for an effective communication by trying to recreate their case to maximum extent. After each play, different groups discussed what they understood from the case and prescribed advices and solutions in this case for ameliorating . Thus, after the 45-minute theatrical challenge, all teams reached their own conception of the proper functioning of a mentor-student relationship and the personal qualities of the two sides, of crucial importance for understanding and smooth communication and workflow. Then all the groups presented their ideas to the others in order to build the common “product” of their Sunday training, summarize the important lessons and directions in working with students during the project. Eventually, the event concluded with the presentations of the project “in action” and “in examples” from the perspective of Virginia Lazarova, Ivo Anev and Verina Lefterova, three mentors from the first season of the program who talked about their personal experience in working with students enriching the vision and the expectations of the new mentors.

Full of energy, enthusiasm and a bunch of expectations, accompanied by the “mystery” of their still unknown students, mentors, as well as the whole team of ABLE look forward to the official opening ceremony for the second season on 2 November (Sunday), which will offer a colorful range of surprises and positive emotions, bringing together students and mentors, ready to dive into the cause for a better future youth.

Recommended Posts
Search
Many thanks to Ralev.com for their pro bono design work 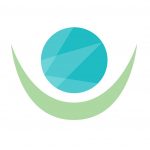 ABLE Mentor Season 2: The Adventure “together for a better education” is now officially on stage!ABLE Mentor, Projects